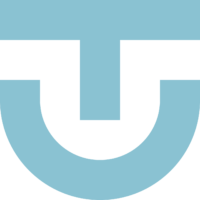 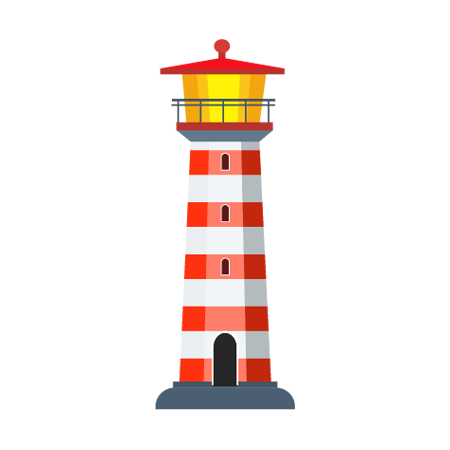 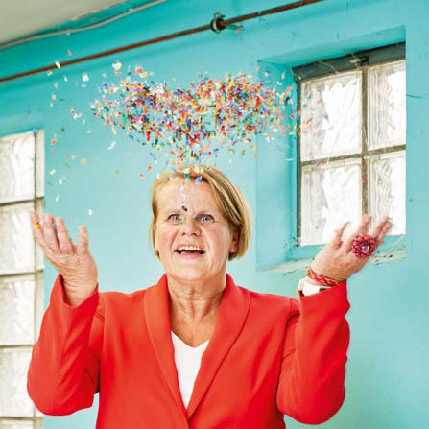 A new laundry detergent bottle is made of 100% recycled plastic – thus completely closing a material cycle.

Facing the challenges posed by the “flood of plastic” with sensible steps and creating a true circular economy in Hamburg, Germany – this is the goal of Hamburgs Wertstoff Innovative. This joint project with the Hamburg-based eco partners Unilever, Veolia, Budnikowsky and Stadtreinigung Hamburg showcase that a circular economy in Hamburg works – based on a brand-new prototype product: a laundry detergent bottle made of 100 per cent recycled material from the yellow recycling bins in Hamburg. Regional, tangible and real. 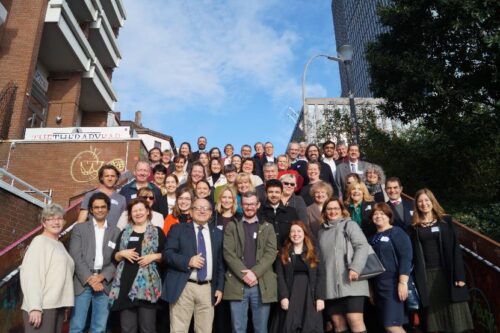 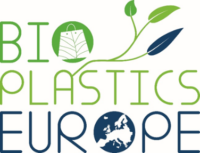 But there are still many challenges which require closer examination. Although organic-based plastics are produced and used in the European market to their full extent, the infrastructures and systems required for the proper recycling and disposal of organic plastics are not yet established. The mechanical recycling of organic-based plastics within the scope of the current plastics recycling system requires an efficient sorting of organic polymers from standard polymers such as poly(ethylene terephthalate) and poly(ethylene), with the aim to not compromise the quality of the recycled material.

In this project, the systematic challenges and chances for disposal and organic-based plastics are examined at the end of their life cycle. The project is coordinated by the Hamburg University of Applied Science in Hamburg, Germany. The research institutes, universities and companies from 12 EU countries (Austria, Belgium, Estonia, Finland, France, Germany, Italy, Lithuania, Poland, Spain, Sweden and the UK) and Malaysia encompass the key members of the project. Companies and NGOs such as TetraPak, Unilever and the Ellen MacArthur Foundation are also members. Furthermore, over 15 network cities such as Hamburg (Germany), Manchester (UK) and Aveiro (Portugal) contribute to showcasing the interest in the realisation of solutions on a sub-national level. 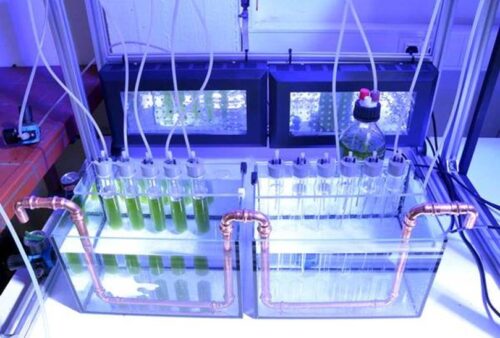 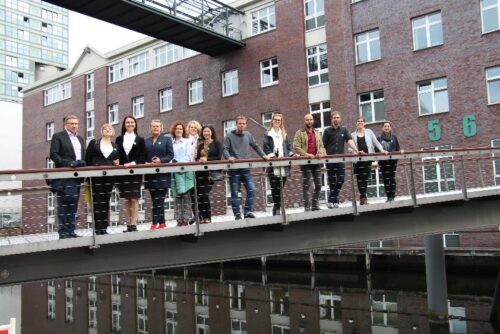 Project team during a work meeting in Hamburg

In light of a dramatic global increase in the demand for energy, with ever decreasing availability of resources at the same time, the development of sustainable bio-refineries and circular technologies is taking priority worldwide. This explains the huge interest in aquatic biomass, such as microalgae and duckweed, as a result, which can serve as a substrate for high-quality products and a carbon-neutral manner of generating energy. Compared to conventional biomass, microalgae and duckweed can be cultivated in various conditions, without negatively affecting the production of food – thus bypassing disadvantageous social and ecological aspects.

The main goal of this project was the development and implementation of an innovative approach for realising a bio-refinery based on microalgae and duckweed – with the aim of winning high-quality products while using the residue flows for wastewater treatment and energy production. To achieve this, a collaboration between German and Russian partners was established. The project was set up to combine the advantages of the latest technologies and innovative research and development at the same time of both countries. 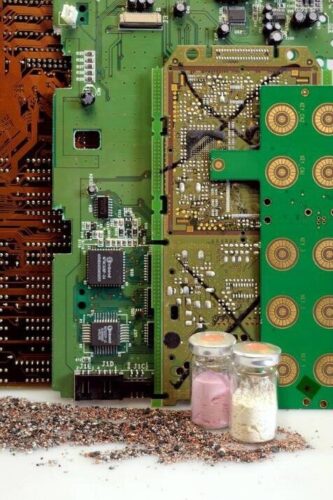 Electric waste as a basis for winning secondary raw materials 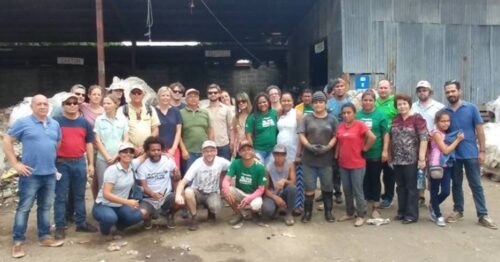 Project team during a meeting in South America

The main goal of the Erasmus+ project LaWEEEda was to increase the capacity of universities and educational organisations in Brazil and Nicaragua to provide a modern, high-quality academic education in the area of electric waste disposal, and to support companies’ abilities to perform such disposal.

This goal was achieved by developing a demand-focused educational product for the build-up of capacity and the academic education in the area of electric waste disposal. This was supported by the relevant educational tools, which were adapted to the specific demand in Nicaragua and Brazil.

On top of this, by organising and erecting a centre for collaboration and education between universities and companies in both partnering countries, an official and long-term framework was created for the schooling and the cooperation.

Improvement in the long-term set-up of the Teuftal landfill 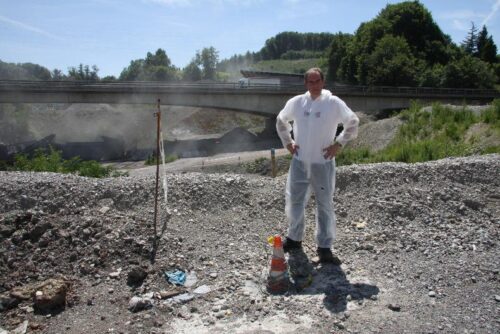 View of the Teuftal landfill 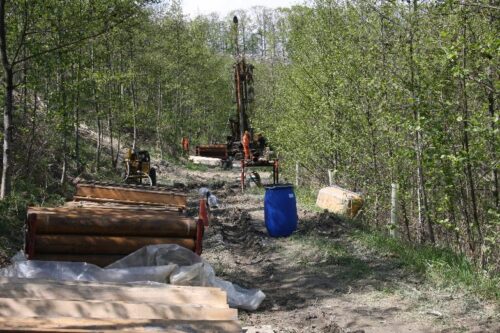 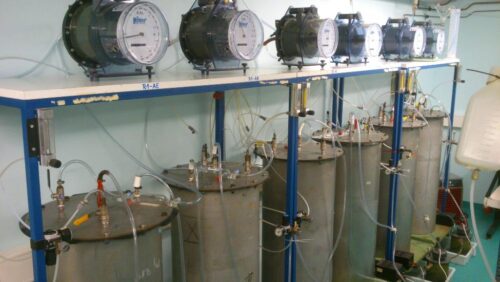 The Teuftal landfill in the Swiss Canton of Bern is the largest reactor and waste landfill in Switzerland. It was opened in 1973 in the community of Mühleberg, on the western outskirts of Bern. The project had two main aims: to minimise the technical efforts and thus costs over the course of the landfill’s post-closure maintenance, and to ensure a low-emissions reactor landfill that remains stable over the long term.

To achieve these goals, the first project phase consisted of collecting basic existing data, and within the scope of a situation description, illustrating this information in a comprehensive way. Based on this description, (technical) options for influencing the landfill’s long-term emissions performance were developed and analysed. The result of this step was the generation of a catalogue of measures which covered the entire range of potential measures for influencing the long-term performance of a community landfill. It also served as the foundation for the subsequent selection of suitable options at the Teuftal site.

Based on the catalogue of measures, and in close cooperation with the landfill’s operator, concrete (i.e. site-specific) options for improving the long-term performance of the Teuftal landfill were developed and reviewed. In this case, both the ecological review as well as economic aspects were considered.

At the end of Phase 1, the major technical realisation of the measures for improving the landfill’s long-term performance were planned and prepared as a rough concept. Since December 2014, the concept is being realised on a major technical scale for speeding up the stabilisation of the reactor landfill at Teuftal. In addition to active ventilation in an ongoing low-pressure process with an exhaust air system, the concept covers a targeted wetting of the landfill body by leachate infiltration.

Parallel to the major technical realisation, TUHH is conducting lab-standard examinations for characterising the waste as well as for confidently forecasting future emissions. By using landfill simulation reactors, which can reliably visualise long-term processes (many years) within just a short amount of time (several months), the future development of the leachate quality as well as of the landfill’s amount of gas are reviewed under diverging marginal conditions (e.g. aerobic/anaerobic, leachate recirculation [with/without, intensive/extensive], temperature level). Based on these examinations, the major technical measures were able to be optimised, the stabilisation period estimated, and the optimised long-term performance assessed. 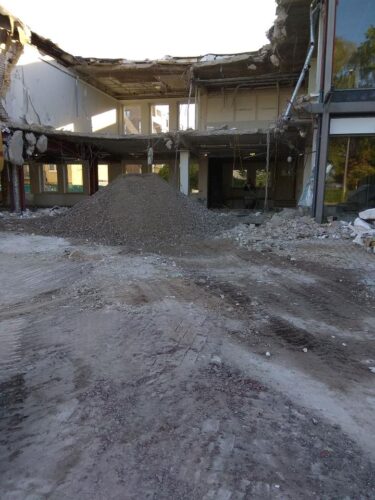 Copenhagen, Hamburg, the Helsinki region and Greater London collaborated within the scope of CIRCuIT with partners from the entire value-added chain for the man-made environment. The results of this project flowed directly into the value-added chain and allowed the cities to be able to introduce a circular transition. CIRCuIT will demonstrate three innovative solutions in the four cities: demolition of buildings for the reuse of materials, transformation and redevelopment, as well as design for demolition and flexible constructions. CIRCuIT is being developed as an urban planning tool with the aim to support cities in implementing circular construction solutions and introducing changes on a systematic level.

London, Hamburg, the Helsinki region and Copenhagen have the ambition to bridge the gap between individual pilot projects for the current circular and regenerative city and their realisation, by illustrating the use of current and future tools developed for the circular-built environment on a city level within 36 demonstrative projects. The aim is to increase the regeneration capacity in four cities and to decrease the annual consumption of new raw materials in newly built surroundings by 20 per cent, and to achieve cost savings up 15 per cent.

The CIRCuIT project consists of nine working packages in total: four technical working packages (WP 3–6) for mapping the flow of construction materials in the man-made environment and three solutions for supporting the transfer to a circular construction system (state demolition of reusable and recyclable products and materials, transformation and redevelopment as well as design for demolition and flexible construction). The technical working packages were created by three universities and research institutes (including TUHH) and an architect office. The goal in WP 3 (being led by TUHH) is the development and finishing of a framework for data attributes and analyses, which are required to support, monitor, measure and analyse the pilot and demonstrative activities. What’s more, TUHH is leading WP 4 with a focus on urban mining and reverse cycles. This includes the analysis of existing EU guidelines for audits prior to demolition, the selection of reference buildings, the quality analysis, the review of the demolition and, lastly, the product and material-based reuse and recyclability of materials in new buildings.

We use cookies on our website to give you the most relevant experience by remembering your preferences and repeat visits. By clicking “Accept All”, you consent to the use of ALL the cookies. However, you may visit "Cookie Settings" to provide a controlled consent.
Cookie SettingsAccept all
Manage consent

This website uses cookies to improve your experience while you navigate through the website. Out of these, the cookies that are categorized as necessary are stored on your browser as they are essential for the working of basic functionalities of the website. We also use third-party cookies that help us analyze and understand how you use this website. These cookies will be stored in your browser only with your consent. You also have the option to opt-out of these cookies. But opting out of some of these cookies may affect your browsing experience.
Necessary Always Enabled
Necessary cookies are absolutely essential for the website to function properly. This category only includes cookies that ensures basic functionalities and security features of the website. These cookies do not store any personal information.
Nicht notwendig
Als nicht notwendige Cookies werden alle Cookies bezeichnet, die für das Funktionieren der Website nicht unbedingt notwendig sind und speziell zur Sammlung von personenbezogenen Daten der Nutzer über Analysen, Anzeigen oder andere eingebettete Inhalte verwendet werden. Es ist zwingend erforderlich, die Zustimmung des Nutzers einzuholen, bevor Sie diese Cookies auf Ihrer Website einsetzen.
SAVE & ACCEPT
Scroll Up